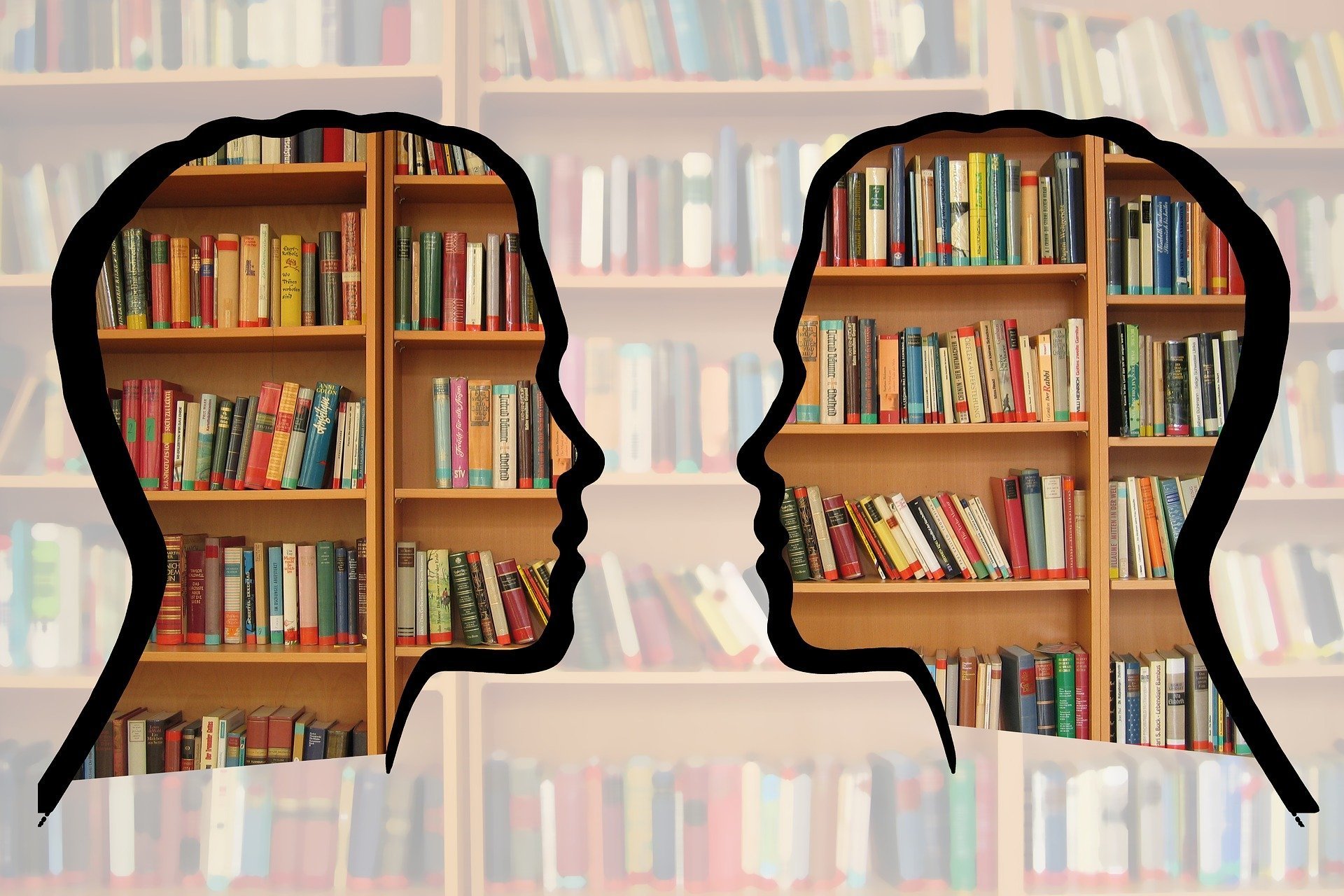 The fossil remains of the first flying vertebrates, the pterosaurs, have intrigued paleontologists for more than two centuries. How such large creatures, which   weighed in some cases as much as a piloted hang-glider  and had wingspans from 8 to 12 meters, solved the problems of powered flight, and exactly what these creatures were--reptiles or birds-are among the questions scientists have puzzled over.   Perhaps the least controversial assertion about the  pterosaurs is that they were reptiles. Their skulls, pelvises, and hind feet are reptilian. The anatomy of their wings suggests that they did not evolve into the class of birds. In pterosaurs a greatly elongated fourth finger of each forelimb supported a winglike membrane. The other fingers were short and reptilian, with sharp claws. In birds the second finger is the principal strut of the wing, which consists primarily of feathers. If the pterosaurs walked on all fours, the three short fingers may have been employed for grasping. When a  pterosaur walked or remained stationary, the fourth finger, and with it the wing, could only turn upward in an extended inverted V-shape along each side of the animal’s body.    The pterosaurs resembled both birds and bats in  their overall structure and proportions. This is not surprising because the design of any flying vertebrate is subject to aerodynamic constraints. Both the pterosaurs and the birds have hollow bones, a feature that repre- sents a savings in weight. In the birds, however, these bones are reinforced more massively by internal struts.   Although scales typically cover reptiles, the pterosaurs probably had hairy coats. T.H. Huxley reasoned that flying vertebrates must have been warm- blooded because flying implies a high rate of  metabolism, which in turn implies a high internal temperature. Huxley speculated that a coat of hair would insulate against loss of body heat and might streamline the body to reduce drag in flight. The recent discovery of a pterosaur specimen covered in long, dense, and  relatively thick hairlike fossil material was the first clear evidence that his reasoning was correct. Efforts to explain how the pterosaurs became air- borne have led to suggestions that they launched them- selves by jumping from cliffs, by dropping from trees or even by rising into light winds from the crests of waves. Each hypothesis has its difficulties. The first wrongly assumes that the pterosaurs’ hind feet resembled a bat’s and could serve as hooks by which the animal could hang in preparation for flight. The second hypothesis seems unlikely because large pterosaurs could not have landed in trees without damaging their wings. The third calls for high waves to channel updrafts. The wind that made such waves however, might have been too strong for the pterosaurs to control their flight once airborne.

Some observers have attributed the dramatic growth    in temporary employment that occurred in the United    states during the 1980’s to increased participation in the workforce by certain groups, such as first-time or reentering workers, who supposedly prefer such arrangements. However, statistical analyses reveal that demographic changes in the workforce did not correlate with variations in the total number of temporary workers. Instead, these analyses suggest that factors affecting employers account for the rise in temporary employment. One factor is product demand: temporary employment is favored by employers who are adapting to fluctuating demand for products while at the same time seeking to reduce overall labor costs. Another factor is labor’s reduced bargaining strength, which allows employers more control over the terms of employment. Given the analyses, which reveal that  growth in temporary employment now far exceeds the level explainable by recent workforce entry rates of groups said to prefer temporary jobs, firms should be discouraged from creating excessive numbers of temporary positions. Government policymakers should consider mandating benefit coverage for temporary employees, promoting pay equity between temporary and permanent workers, assisting labor unions in organizing temporary workers, and encouraging firms to assign temporary jobs primarily to employees who explicitly indicate that preference

Japanese firms have achieved the highest levels of manufacturing efficiency in the world automobile   industry. Some observers of Japan have assumed that Japanese firms use the same manufacturing equipment and techniques as United States firms but have benefited from the unique characteristics of Japanese   employees and the Japanese culture. However, if this   were true, then one would expect Japanese auto plants  in the United States to perform no better than factories run by United States companies. This is not the case, Japanese-run automobile plants located in the United   States and staffed by local workers have demonstrated   higher levels of productivity when compared with factories owned by United States companies. Other observers link high Japanese productivity to   higher levels of capital investment per worker. But a   historical perspective leads to a different conclusion.   When the two top Japanese automobile makers matched and then doubled United States productivity levels in the mid-sixties, capital investment per employee was comparable to that of United States firms. Furthermore, by the late seventies, the amount of    fixed assets required to produce one vehicle was    roughly equivalent in Japan and in the United States. Since capital investment was not higher in Japan, it had    to be other factors that led to higher productivity. A more fruitful explanation may lie with Japanese    production techniques. Japanese automobile producers did not simply implement conventional processes more effectively: they made critical changes in United States procedures. For instance, the mass-production philosophy of United States automakers encouraged the production of huge lots of cars in order to utilize fully expensive, component-specific equipment and to  occupy fully workers who have been trained to execute    one operation efficiently. Japanese automakers chose to    make small-lot production feasible by introducing several departures from United States practices,    including the use of flexible equipment that could be altered easily to do several different production tasks and the training of workers in multiple jobs. Automakers could schedule the production of different    components or models on single machines, thereby eliminating the need to store the buffer stocks of extra components that result when specialized equipment and workers are kept constantly active.

Milankovitch proposed in the early twentieth century that the ice ages were caused by variations in the Earth’s orbit around the Sun. For sometime this theory was considered untestable, largely because there was no sufficiently precise chronology of the ice ages with which    the orbital variations could be matched.    To establish such a chronology it is necessary to determine the relative amounts of land ice that existed at various times in the Earth’s past. A recent discovery  makes such a determination possible: relative land-ice volume for a given period can be deduced from the ratio of two oxygen isotopes, 16 and 18, found in ocean sediments. Almost all the oxygen in water is oxygen 16, but a few molecules out of every thousand incorporate the  heavier isotope 18. When an ice age begins, the conti- nental ice sheets grow, steadily reducing the amount of water evaporated from the ocean that will eventually return to it. Because heavier isotopes tend to be left behind when water evaporates from the ocean surfaces, the remaining ocean water becomes progressively enriched in oxygen 18. The degree of enrichment can be determined by analyzing ocean sediments of the period, because these sediments are composed of calcium carbonate shells of marine organisms, shells that were  constructed with oxygen atoms drawn from the sur- rounding ocean. The higher the ratio of oxygen 18 to oxygen 16 in a sedimentary specimen, the more land ice there was when the sediment was laid down.  As an indicator of shifts in the Earth’s climate, the  isotope record has two advantages. First, it is a global record: there is remarkably little variation in isotope ratios in sedimentary specimens taken from different continental locations. Second, it is a more continuous record than that taken from rocks on land. Because of these advantages, sedimentary evidence can be dated with sufficient accuracy by radiometric methods to establish a precise chronology of the ice ages. The dated isotope record shows that the fluctuations in global ice volume over the past several hundred thousand years  have a pattern: an ice age occurs roughly once every 100,000 years. These data have established a strong connection between variations in the Earth’s orbit and the periodicity of the ice ages. However, it is important to note that other factors, such as volcanic particulates or variations in the amount of sunlight received by the Earth, could potentially have affected the climate. The advantage of the Milankovitch theory is that it is testable: changes in the Earth’s orbit can be calculated and dated by applying Newton’s laws of gravity to progressively earlier configurations of the    bodies in the solar system. Yet the lack of information about other possible factors affecting global climate does not make them unimportant.