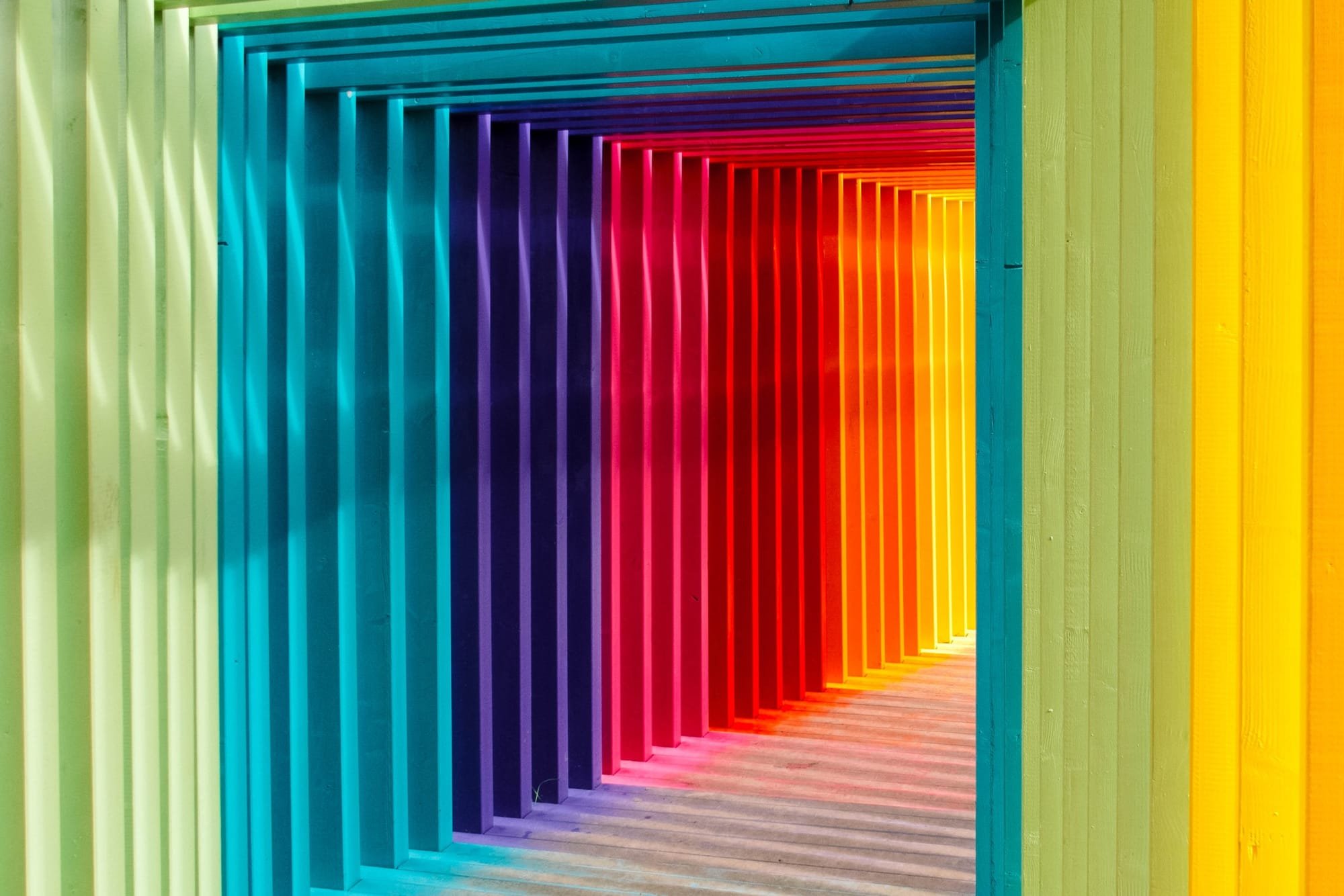 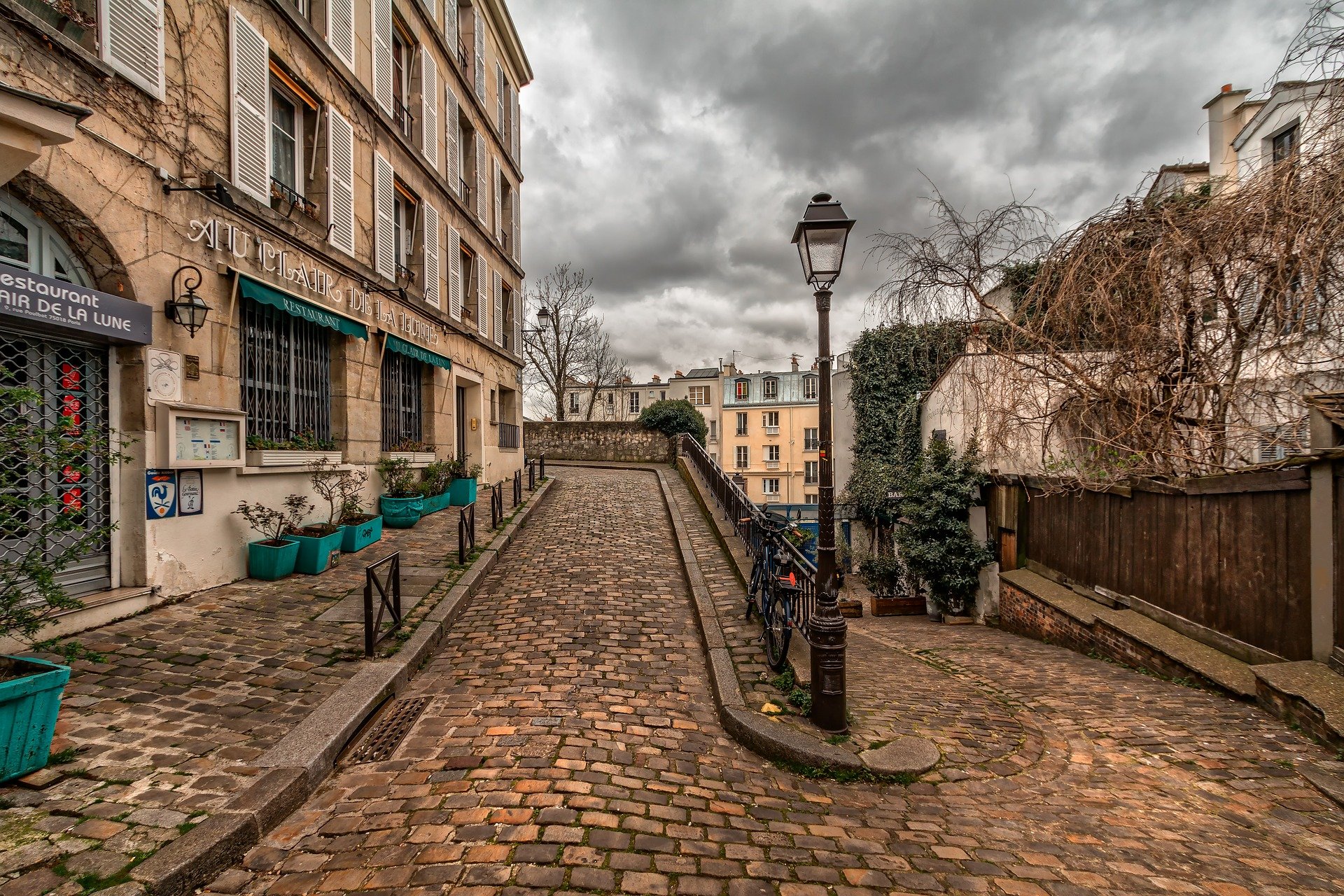 Although all art is inherently public—created in order to convey an idea or emotion to others—“public art,” as opposed to art that is sequestered in museums and galleries, is art specifically designed for a public arena where the art will be encountered by people in their normal day-to-day activities. Public art can be purely ornamental or highly functional; it can be as subtle as a decorative door knob or as conspicuous as the Chicago Picasso. It is also an essential element of effective urban design.                                       The more obvious forms of public art include monuments, sculptures, fountains, murals, and gardens. But public art also takes the form of ornamental benches or street lights, decorative manhole covers, and mosaics on trash bins. Many city dwellers would be surprised to discover just how much public art is really around them and how much art they have passed by without noticing, and how much impact public art has on their day-to-day lives. 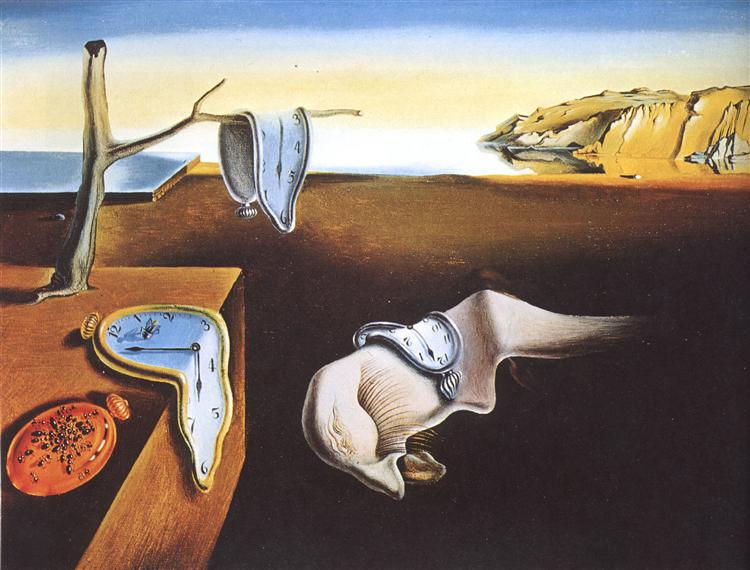 The Persistence of Memory is a painting by artist Salvador Dalí and one of the most recognizable works of surrealism. It was made in 1931, and since 1934 the painting has been in the collection of the Museum of Modern Art in New York City. The painting is sometimes referred to by more descriptive titles, such as "Melting Clocks", "The Soft Watches" or "The Melting Watches".

Some have suggested that the watches on the painting refer to Albert Einstein’s general theory of relativity. Dalí denied this, saying that a Camembert cheese he had seen melt in the sun was used as the inspiration for this central motif.

It is possible to recognize a human figure in the middle of the composition. Some believe that Dalí used this to represent himself. The creature seems to be based on a figure from the Paradise section of Hieronymus Bosch's The Garden of Earthly Delights.

The orange clock at the bottom left of the painting is covered in ants. Dalí often used ants in his paintings as a symbol of decay. Another insect that is present in the painting is a fly, which sits on the watch that is next to the orange watch. The fly appears to be casting a human shadow as the sun hits it.

The rocks to the right represent a tip of Cap de Creus peninsula in north-eastern Catalonia, whose landscapes inspired many of Dalí's paintings. 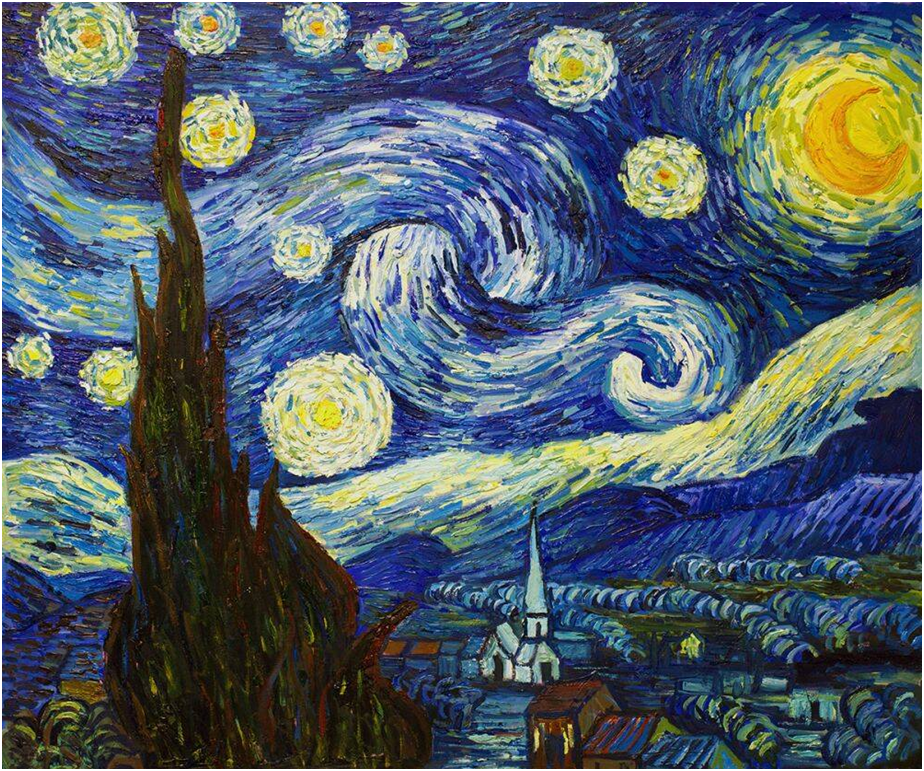 The Starry Night is an oil-on-canvas painting by the Dutch painter Vincent van Gogh and one of the most recognized paintings in Western art. It is a post-impressionist painting that depicts the view from the window of Van Gogh’s asylum room near Saint-Rémy-de-Provence, just before sunrise, with the addition of an imaginary village.  The Starry Night has been in the permanent collection of the Museum of Modern Art in New York City since 1941.

The painting is based on Van Gogh’s direct observations as well as his imagination, memories, and emotions. Blue dominates the painting, blending hills into the sky. The little village of the painting is represented in brown, grey, and blue tones. The yellow and white of the stars and the moon stand out, drawing attention to the sky.

Vincent van Gogh painted Starry Night in 1889 during his stay at the asylum of Saint-Paul-de-Mausole where he was because of his emotional suffering. He had been diagnosed with epileptic fits. It seemed his mental health was recovering, when he relapsed into paranoia. Accordingly, there was a tonal shift in his work. He returned to the darker colors that he had been using at the beginning of his career and Starry Night is an example of that shift. 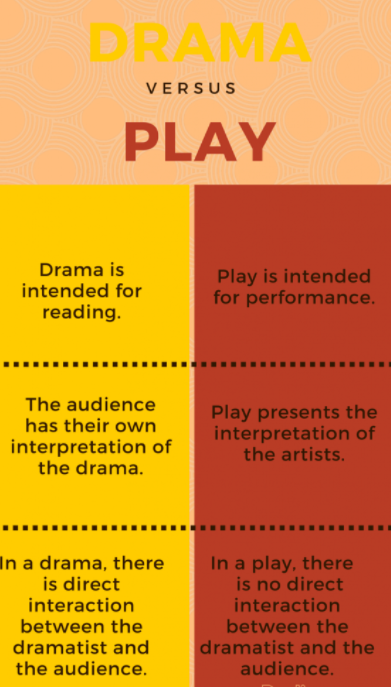 Swan Lake is a ballet composed by Russian composer Pyotr Ilyich Tchaikovsky in 1875. The ballet was premiered on March 4th in 1877 at the Bolshoi Theatre in Moscow.

The writer of the original libretto and the idea for the plot are not known. Russian and German folk tales have been proposed as possible sources for the inspiration of the plot. Some people believe that the prototype of the Prince Siegfried from Swan Lake is actually Bavarian King Ludwig II. They thought of this considering Tchaikovsky’s great interest in the life story of this king, whose life had supposedly been marked by the sign of Swan.

The ballet tells the story of Odette, a princess turned into a swan by an evil sorcerer's curse.  The spell can only be broken if someone who has never loved before swears an oath of undying love and promises to marry her. Prince Siegfried declares his love to Odette and swears to be loyal forever. He is then tricked into asking another girl to marry him thinking that she’s Odette. Since he broke his vow the curse wouldn’t be able to be broken. The prince and Odette decide to die together, so they throw themselves into the lake.

The première of this ballet was not well received. Though there were a few critics who liked this piece, most of them considered it to be far too complicated for ballet. It was labelled "too noisy, and too symphonic." The critics also thought choreography was "unimaginative and altogether unmemorable." The German origins of the story were "treated with suspicion while the tale itself was regarded as 'stupid' with unpronounceable surnames for its characters." Despite its initial failure, Swan Lake is now one of the most popular ballets of all time. 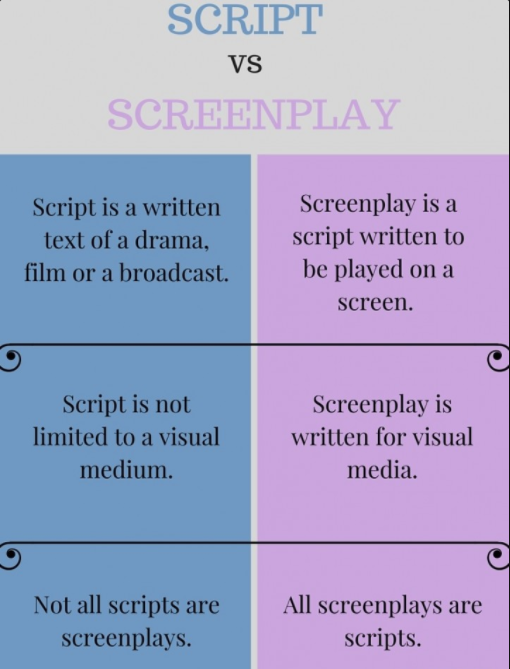 Perhaps the most striking quality of satiric literature is its freshness, its originality ofperspective. Satire rarely offers original ideas. Instead, it presents the familiar in a newform. Satirists do not offer the world new philosophies. What they do is look atfamiliar conditions from a perspective that makes these conditions seem foolish,harmful, or affected. Satire jars us out of complacence into a pleasantly shockedrealization that many of the values we unquestioningly accept are false. Don Quixotemakes chivalry seem absurd; Brave New World ridicules the pretensions of science; AModest Proposal dramatizes starvation by advocating cannibalism. None of these ideasis original. Chivalry was suspect before Cervantes, humanists objected to the claims ofpure science before Aldous Huxley, and people were aware of famine before Swift. Itwas not the originality of the idea that made these satires popular. It was the manner ofexpression, the satiric method, that made them interesting and entertaining. Satires areread because they are aesthetically satisfying works of art, not because they are morallywholesome or ethically instructive. They are stimulating and refreshing because withcommonsense briskness they brush away illusions and secondhand opinions. Withspontaneous irreverence, satire rearranges perspectives, scrambles familiar objects intoincongruous juxtaposition, and speaks in a personal idiom instead of abstract platitude.Satire exists because there is need for it. It his lived because readers appreciate arefreshing stimulus, an irreverent reminder that they live in a world of platitudinousthinking, cheap moralizing, and foolish philosophy. Satire serves to prod people into anawareness of truth, though rarely to any action on behalf of truth. Satire tends toremind people that much of what they see, hear, and read in popular media issanctimonious, sentimental, and only partially true. Life resembles in only a slightdegree the popular image of it. Soldiers rarely hold the ideals that movies attribute tothem, nor do ordinary citizens devote their lives to unselfish service of humanity.Intelligent people know these things but tend to forget them when they do not hear themexpressed. 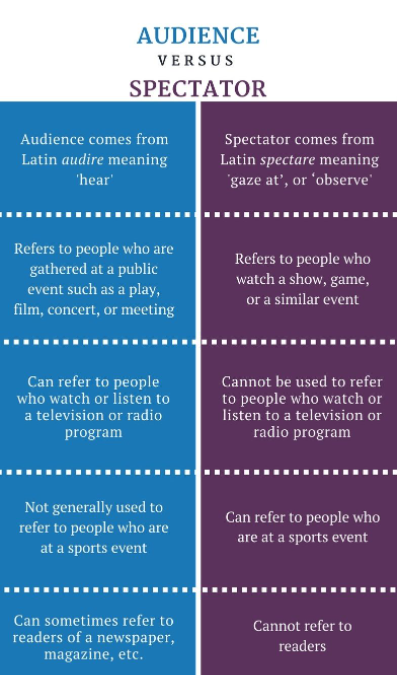 The Winterthur Museum is a collection and a house. There are many museumsdevoted to the decorative arts and many house museums, but rarely in the United Statesis a great collection displayed in a great country house. Passing through successivegenerations of a single family, Winterthur has been a private estate for more than acentury. Even after the extensive renovations made to it between 1929 and 1931, thehouse remained a family residence. This fact is of importance to the atmosphere andeffect of the museum. The impression of a lived-in house is apparent to the visitor; therooms look as if they were vacated only a short while ago whether by the originalowners of the furniture or the most recent residents of the house can be a matter ofpersonal interpretation. Winterthur remains, then, a house in which a collection offurniture and architectural elements has been assembled. Like an English countryhouse, it is an organic structure; the house, as well as the collection and manner ofdisplaying it to the visitor, has changed over the years. The changes have coincidedwith developing concepts of the American arts, increased knowledge on the part ofcollectors and students, and a progression toward the achievement of a historical effectin period-room displays. The rooms at Winterthur have followed this current, yet stillretained the character of a private house.The concept of a period room as a display technique has developed gradually overthe years in an effort to present works of art in a context that would show them togreater effect and would give them more meaning for the viewer. Comparable to thehabitat group in a natural history museum, the period room represents the decorativearts in a lively and interesting manner and provides an opportunity to assemble objectsrelated by style, date, or place of manufacture. 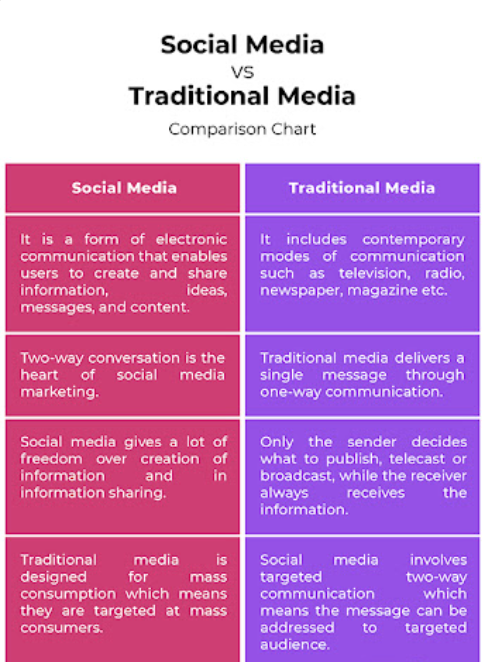